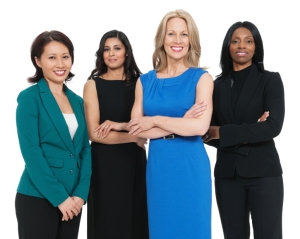 In the past, I’ve argued that necessity-based female entrepreneurs can transform into opportunity entrepreneurs as they gain more experience and confidence and their businesses expand and grow. This perspective was based on my extensive work in the so-called transition economies that emerged after the break-up of the Soviet Union. In many ways, however, those countries were distinct. For starters, in transition economies, entrepreneurship was in most cases forbidden, or at least severely restricted. Most people had no concept of what entrepreneurship meant in a free market economy. A large portion of the population, which was highly educated and skilled, had suddenly lost their jobs, became redundant or underemployed and had to reorient to a completely new system. They were literally thrown into the stormy waves of a fledgling capitalist economy and had to learn to swim the currents of markets that were still developing. Under these circumstances, it was quite common for an entrepreneur to start out in the informal sector and move easily into the formal sector.

This indicates that economic transition wasn’t able to alter some sort of underlying gendered pattern. In order to address these underlying gendered barriers, it is not enough to focus solely on individual characteristics, as they are not the sole determinants of female entrepreneurship development. A broader approach that encompasses three key aspects: Ability, Circumstances and Choice, is needed.

This entry was posted in Uncategorized. Bookmark the permalink.