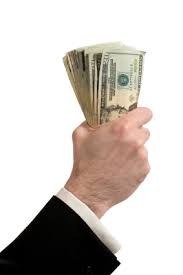 Bethany Frankel was convinced of the opportunity:

I want this, and I know other women will want this, so I’m going to make it

But when she pitched her Skinnygirl margarita cocktail to an all male VC team, they didn’t get it. Even her ‘star power’ as a reality TV personality wasn’t enough to persuade the VC team of her idea’s potential success. In fact the male dominated liquor industry didn’t understand it either. However, Bethany  … persevered … and eventually  secured funding. The rest is history… skinny cocktails enjoyed phenomenal success. It was so successful in fact that they struggled with supplying the insatiable demand.

More recently,  in 2011, Tracy Sun, co-founder of Poshmark encountered similar barriers when pitching to potential investors. Tracy’s take on this:

I happen to be in a world that’s run by men, and yet Poshmark is all about women.

But its not just catering to the female market, it’s also a different take on the market, a different perspective that unfortunately is not getting funded.

Data has been notoriously missing as to the percentages of women that actually are able to obtain VC funding.

Thankfully based on new data collected by  Pitchbook,  Professor Candida Brush and her team at Babson college produced  a new study on venture capital funding for women that provides some answers.

The picture is bleak:

This in spite of evidence that shows

The study explored why certain VC firms funded firms with women in the executive team vs. those that didn’t and found that

The Babson study findings provide further evidence that the male dominated VC industry tends to be less receptive to funding women.  Though the study was US focused, there is ample evidence that a similar situation is occurring across the globe.

Pioneering research by Gaule & Piacentini (2012) presented in the OECD’s report: Closing the Gender Gap- Act Now compared the composition of VC senior management in seven countries worldwide. Though these countries vary in terms of a number of issues including level of economic development, it is striking that there is little variation in term of the male dominated nature of the VC firms.

Access to VC funding is a worldwide issue. As the Babson study suggests, it is critical to increase the number of female VC partners to address the current funding gaps. It is equally important to hire male VC partners who cultivate ‘acquired diversity’ who can understand and evaluate the lucrative opportunities when pitched by women.

1 Response to Catching the Pitch