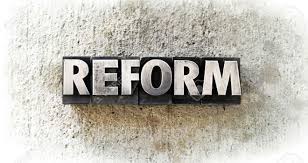 In developing countries, projects or interventions tend to address the needs of women at the base of the pyramid or micro-business owners. In contrast, very few initiatives focus on the gendered effects of the regulatory, business or investment environment on business women with small or medium-sized businesses (SMEs). Though there is evidence that equal legal rights increase women’s business ownership[1], there is insufficient evidence on which business and investment reforms have the greatest impact on women’s business activities. Moreover, little is known as to which efforts can support the process of Business Environment Reform (BER).

A number of initiatives are underway in developing countries to include a gendered perspective in BER. However, given that these initiatives are still in the early stages of implementation, lessons can be drawn from advanced economies such as the US that developed in the process of gendered business reform.

Though it may seem gender neutral on the surface, the timing, location and content of business support services are inadvertently tailored to the needs of men. In several advanced western countries, women’s business centers (WBCs) have been introduced to address the specific needs of women. WBCs offer specific benefits for women:

For example, in the US, the Office of Women’s Business Ownership provides partial funding and management oversight to over 100 non-profit organisations that provide entrepreneurship training and technical assistance primarily to women. Each Women’s Business Center (WBC) tailors its services to the needs of its individual community.

Even when public sector institutions commit to policies that include a gender perspective, the knowledge and capacity are lacking to ensure that women will be able to benefit from the initiative or intervention. Through the involvement of their members and through targeted advocacy, women’s organisations can increase the visibility and success of these interventions.

An example of the specific role women’s advocacy can play in gender-focused business development comes from the US. In 1994, a target was set that 5% of annual spend for US government contracts should be awarded to Women Owned Businesses (WOBs). However, it was only through years of concerted efforts by Women Influencing Public Policy (WIPP), to educate WOBs on the application process and lobby the government to modify their contract requirements, that the 5% annual target was finally met in 2015. A critical component to its success is that WIPP does not act alone, rather, it brings together a coalition of 78 business organisations to advocate for common economic issues such as procurement policies and access to capital.

What these two best practices illustrate, is the need for national government involvement to support women’s business centers as well as active coalitions of women’s business organizations to ensure reforms are effective.

Overall, gender-neutrality in BER is rare. Therefore, as a rule of thumb, no intervention should be assumed “gender neutral” simply because the differential effects are not obvious —activities should be assumed to disproportionately benefit men unless analysis has informed gender-sensitive design, confirmed through sex-disaggregated results measurement. The focus for interventions should be on business reform and investment activities as these often seem to be gender neutral when in fact they are not.