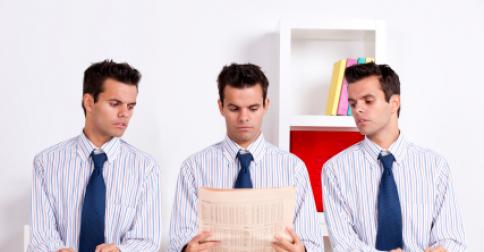 Homophily refers to the tendency for people to form connections with others like themselves. This tendency has been found to occur broadly across age, race and political inclination. Homophily has also been found to influence many types of relationships ranging from personal friendships and marriage to business-related work advice and support. No surprises then, that homophily also affects Venture Capitalists (VCs) in their hiring behaviors as well as in funding of high-growth entrepreneurs. In fact, recent research by Gompers & Wang (2017) identified patterns of homophily-based hiring by VCs and homophily-induced information flows. Both of which have resulted in fewer women choosing to be high-growth entrepreneurs or VCs.

The real issue is not blatant sexism, but rather a marginal preference for a male vs. female candidate which results in more male VC partners and more VC funding for male high growth entrepreneurs. At the VC firm level, a small bias towards hiring someone of the same gender may seem trivial but the cumulative effect results in persistently low representation of women in the VC industry. In other words, ‘individual’ preference in the ‘white’ male dominated VC industry translates into a continuing trend of ‘white’ male dominated VC firms in spite of the presence of suitable candidates that are women.

Ample evidence captures this trend: Of the top 100 VC firms in the US, only 7% of the VC partners are women and only 18% of funded companies were founded by women in 2016.

Why does it matter?

At the personal level homophily may feel like the right thing to do but in reality interferes with rational judgement of individual or business merits. Moreover, homophily can result in unintentional glass ceiling effect consequences for those individuals such as women, who are not already well-represented in the VC community.

The negative effects of gender homophily have been identified elsewhere including among US physicians in referring specialists to Medicare patients. In this case, since most referrals are still made by male physicians, biased referrals lower demand for female specialists. Since specialists tend to earn more than primary care physicians, this behavior significantly contributes to the average gendered earnings gap among physician specialists.

The simple solution in both cases, for VCs and physicians alike, would be to increase the numbers of women at the decision-making level. However, at a more fundamental level, in order to counter the persistent effects of homophily, increased exposure to diversity as well as increased availability and use of metrics and assessments would allow for ‘choices’ to develop based on a broader range of criteria that go beyond superficial similarities.